The Richards Group Chose Dallas for Its New HQ 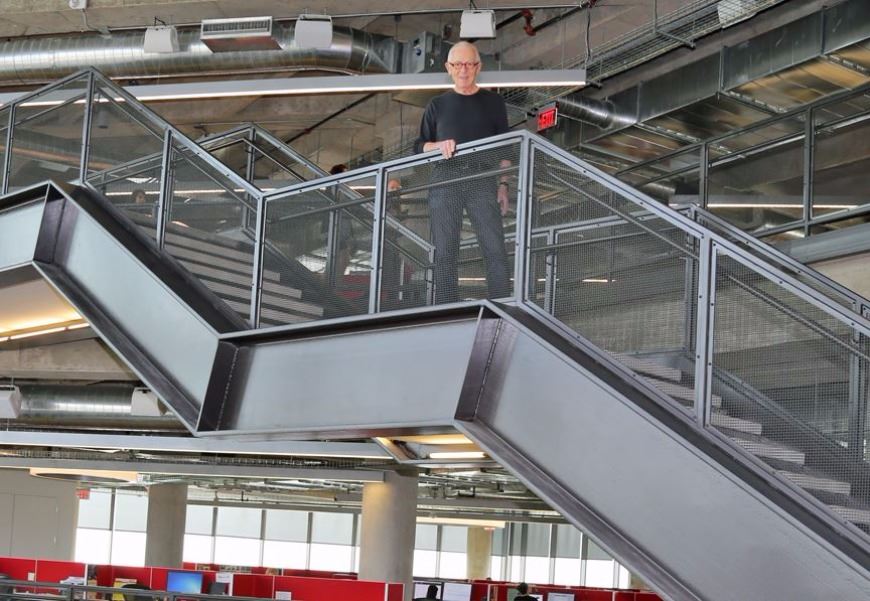 When Stan Richards of The Richards Group, the country’s largest independently owned advertising agency, decided to move his company’s headquarters, he determined that renting new office space wasn’t the answer. He decided The Richards Group was going to build a brand new building from the ground up, and that building was going to be located in the heart of Dallas.

Even with that decision made, given his company’s prestige, Richards was courted by many in the Dallas-Fort Worth Metroplex. But Richards wanted the energy and convenience a central Dallas location would provide. After looking at multiple sites, SBR Real Estate Holdings, LP, purchased a 2.5 acre piece of land located at 3504 North Central Expressway in Dallas’ Uptown neighborhood.

What made Uptown the best choice for the ad agency’s new headquarters? It was important that employees be able to live and work nearby. “Our reputation is so strong that recruitment is easy for us, so that’s not a problem. But we insist on a top notch work/life balance for our employees, so a great location that made that balance possible was critical. Uptown ticks all the boxes – our staff can walk, bike, take public transport, or drive to work. We’re next to DART’s Cityplace Station and easily accessible from Central Expressway.” Richards showed us his company’s bike storage room – spacious and airy, it provides a safe and secure place for employees to store their bikes.

Smart financing was critical to the success of the project. The Office of Economic Development proposed incentives that included a 10 year, 50% real property tax abatement on the added value of the new construction, a 250,000-square foot build-to-suit. In return, The Richards Group would retain 600 employees, increasing to 650 within two years of completion. Richards is pleased to say that “The City of Dallas was pretty easy to work with. City staff was really engaged and committed to making this project work.” Construction started in the summer of 2013 and was completed at the end of 2014, when the company moved in.

As Office of Economic Development Director Karl Zavitkovsky stated, “It’s a great endorsement for our city that advertising icon Stan Richards chose to remain in Dallas and build The Richards Group’s 250,000 square foot corporate headquarters here. They have been an integral part of Dallas’ growth story for over 45 years. City support for this project made economic sense, but also reflected our appreciation for The Richards Group’s many contributions to the community.”

Overall, the new headquarters is impressive. This is no surprise - Richards wanted the new headquarters to have unique design features that would project the creativity taking place inside it, as well as be a dynamic addition to the Dallas skyline. The new headquarters hit that mark – the building is colorful and fun to look at, as the floors are color coded and clearly visible from the outside. But the views from inside the building are equally impressive - floor to ceiling glass walls are everywhere, so even if you’re on the centrally-located three-story stairwell, you can see the surrounding landscape with no obstructed views.

While Richards is focused on his company’s future growth, he recognizes how instrumental Dallas has been to his past successes. As he put it, “Dallas has been amazing for me. Its people embrace you. When you meet people, you immediately get invited to dinner. I was able to work hard, and succeed, in this city. After all that Dallas has done for me, it wouldn’t have felt right to move the company somewhere else.”

So what kind of future does Richards see for Dallas? “Dallas has a remarkable track record in fostering creativity and growth. I have no doubt it will continue to do that, and will make it happen even faster and in a bigger way than ever.” Or as he likes to say, “It’s all about the work. If you provide the right environment for that work, everything else will take care of itself.”