The City of Dallas Office of Economic Development, through its Community Development Entity (CDE) Dallas Development Fund (DDF), administers allocations of New Markets Tax Credits (NMTC) from the US Department of the Treasury. Created in 2009 by the Dallas City Council, DDF is a non-profit organization affiliated with the Office of Economic Development that uses NMTC to provide equity funding for real estate, corporate expansion, and social service projects in traditionally under-served communities.

Under the NMTC financial structure, investors (generally corporations) purchase federal income tax credits from CDEs. The credit they receive is 39 percent of the original investment, claimed over seven years, and serves as a benefit to the qualified NMTC project. 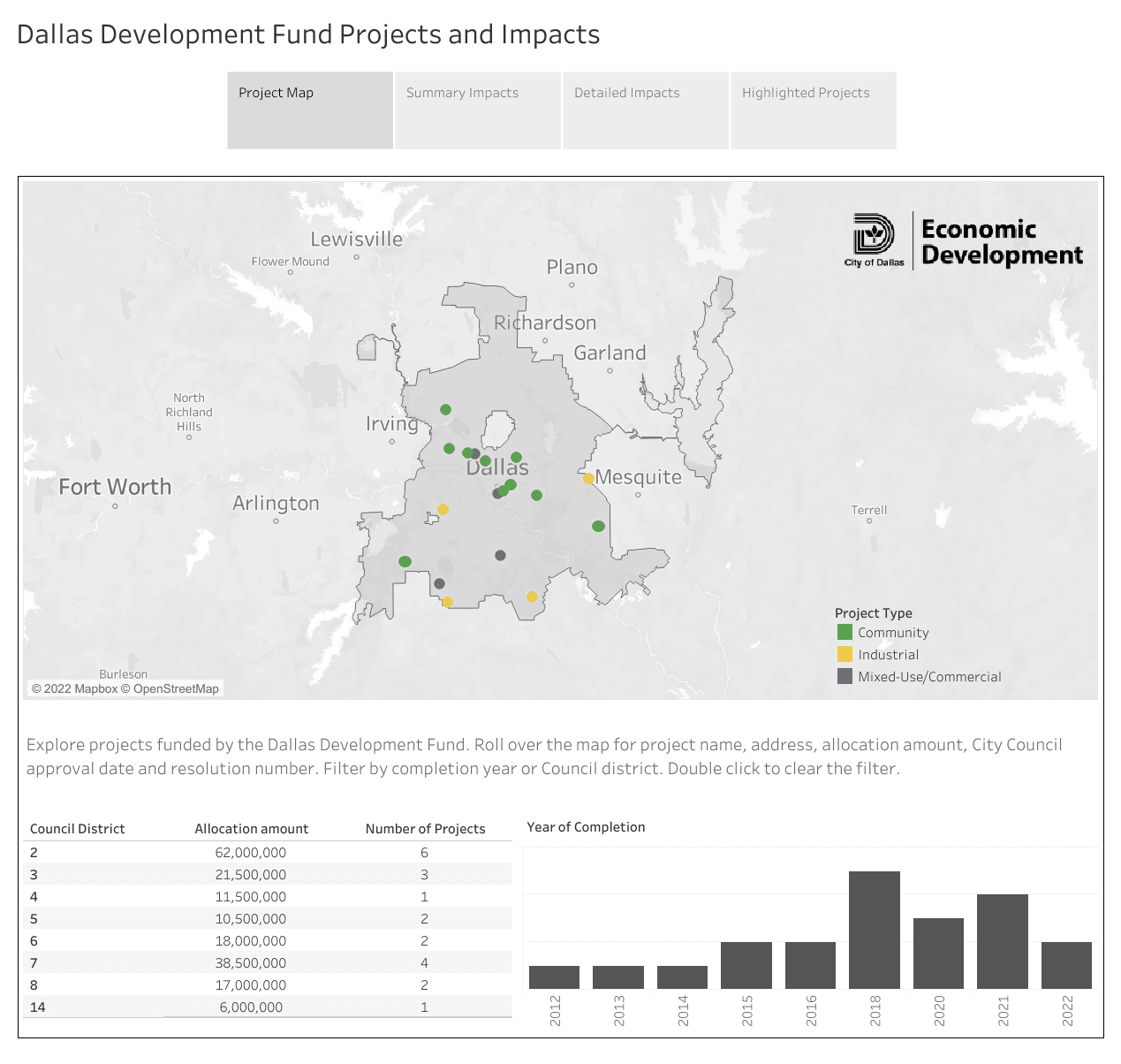 Click on the image above or use this link to explore the interactive dashboard of Dallas Development Fund projects.