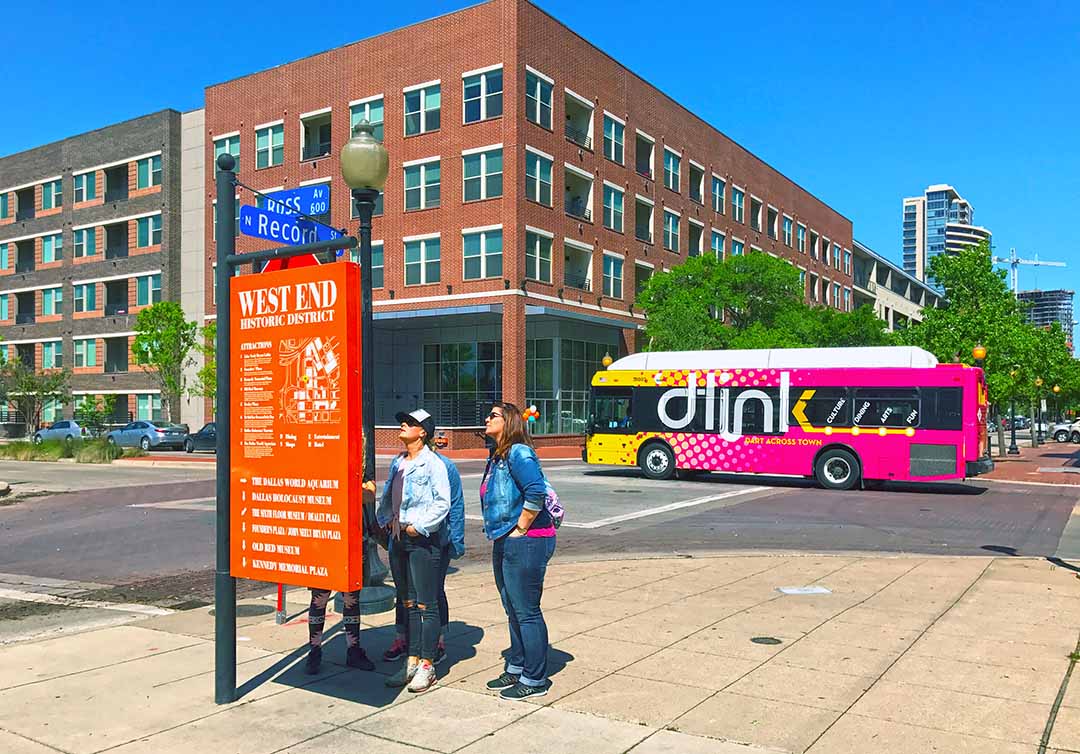 Spanning the Main Street corridor in the historic center of downtown Dallas, the City Center TIF District was established in 1996, and expanded in 2013, to create a base of residential units in the area's existing building stock, and to encourage activation of the street-level environment.

The district has been an unqualified success in transforming the core of downtown into a fully mixed-use environment by supporting over 2,000 new housing units, 400 hotel rooms, and a variety of urban amenities. The Lamar Corridor / West End Sub-district, added in 2013, brings the city's largest historic commercial area and the heart of the city's innovation culture.

The City Center Sub-district represents the core of the original TIF district, centered on the historic Main Street office district, between Griffin & Harwood streets. It spans northward to Ross Ave. and the southern end of the Dallas Arts District, and south to the Government District, including Dallas City Hall. The sub-district many of the city's largest office buildings and a diverse array of mixed-use building conversions and new construction. The boundaries of this sub-district overlap with the Downtown Connection TIF District on a parcel-by-parcel basis.
Added in 2013 to the original district, the Lamar Corridor / West End Sub-district adds much of the West End Historic District and the Lamar St. Corridor, a primary connection between the Oak Cliff and Victory Park neighborhoods through downtown. The West End's historic character of mid-rise brick buildings serve as the hub of Dallas' innovation culture, including the Dallas Entrepreneur Center, the Dallas Innovation Alliance, El Centro College, and a wide variety of co-working and small office spaces for start-ups and small businesses. A combination of new residential projects and conversions of older buildings is creating a vibrant live-work-play environment.

Note that the Downtown Connection & City Center TIF Districts are comprised of specific parcels and are subject to change annually as parcel boundaries are amended.

More information can be found in the annual report, available here.