Welcome to the City

Dallas is home to the one and only major downtown office market in North Texas, and to so much more. Only in the City can your company find the exact space and place to meet today's needs and tomorrow's growth. Here are some of the reasons: 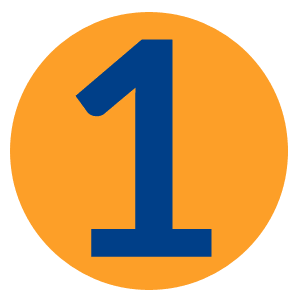 The Value of Density

Downtown Dallas is the most walkable neighborhood in Texas, and Dallas has many neighborhoods that are defined by the adjacency of urban life. Modern employees value the organic interactions with people, places and spaces that define a lasting city neighborhood. The places that define city life - the street, retail, restaurants and experiences - with their quirks of history improve morale, build relationships and generate knowledge transfer that leads to innovation. With an active office location, fewer corporate-funded amenities are needed. 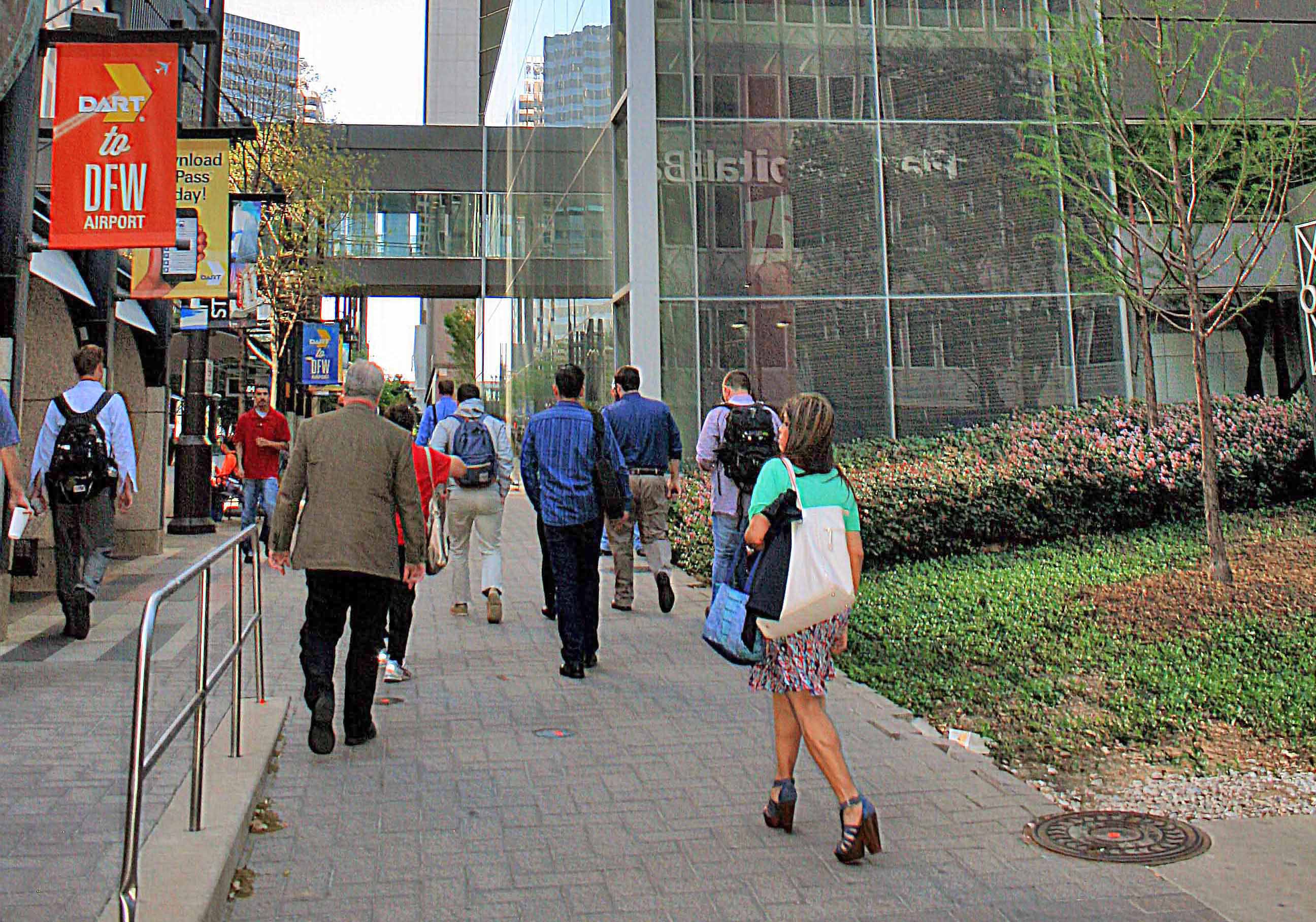 Companies that locate in urban environments may receive four or five times the number of applicants for open positions. With payroll one of the largest costs for most companies, better talent that stays with a company for a longer tenure can add tremendous value to the bottom line. Companies derive corporate culture from being a part of a neighborhood, rather than an office park or campus. Surveys show 85% of millennials say they prefer urban living within 3 miles of the CBD. Young adults with a four-year degree are 105% more likely to live in these close-in neighborhoods than other Americans. 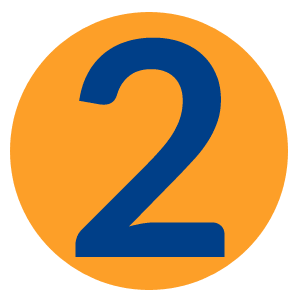 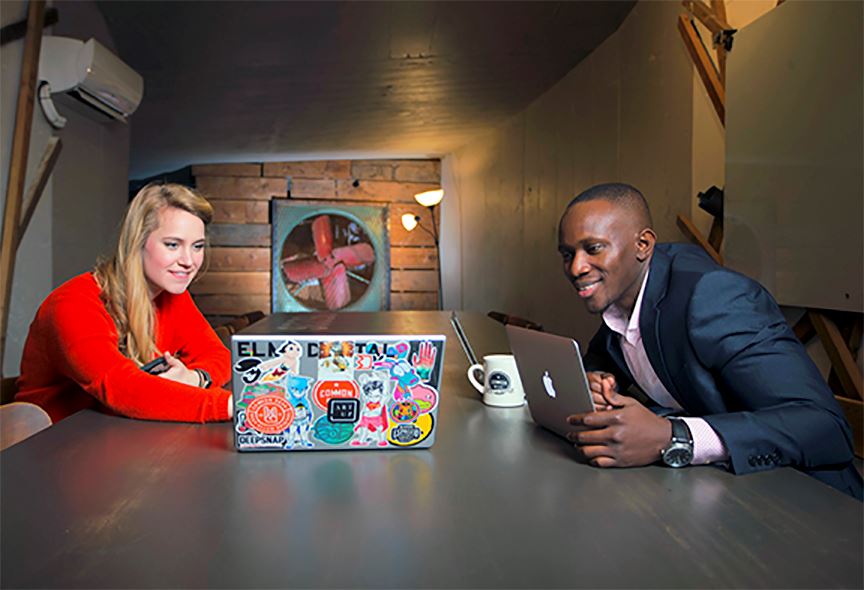 Suburban office parks have few outside visitors. Urban locations allow companies to find unique ways to leverage their headquarters as part of their brand image - a corporate museum or an interactive exhibit - that welcome passersby to engage with products, ideas and employees.

A Center of Diversity

Move to where the widest array of talent is available. Across the country, companies with downtown and urban locations are benefiting from access to a diverse base. From Millennials (62% of whom prefer to live close to the office, shops and restaurants) to executives (benefiting from multiple housing options), Dallas has a perfect blend of environments for employees to live, work, play & learn. Dallas is the sweet spot where access to the best talent, reasonable business costs and high quality of life meet. 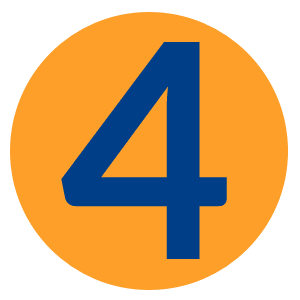 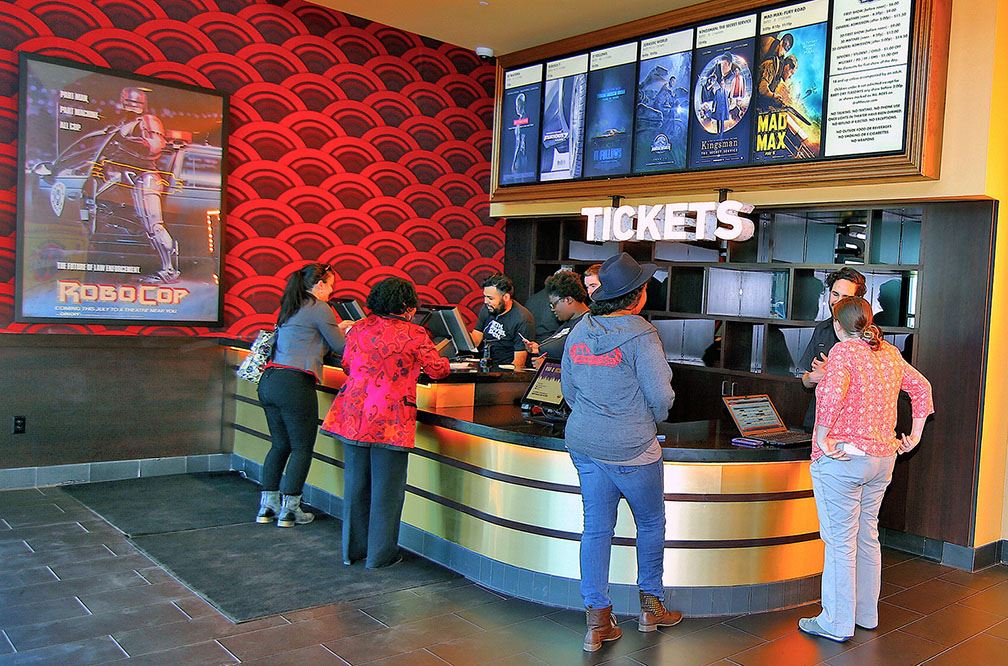 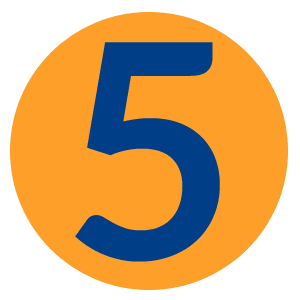 Dallas is the only hub of the region's transportation networks - highways, rail, buses and streetcars. It is the only city in North Texas with 46 light rail stations and easy access to Dallas Love Field for commerical and corporate air travel. Air travel and multimodal transportation options are key factors for modern headquarters. 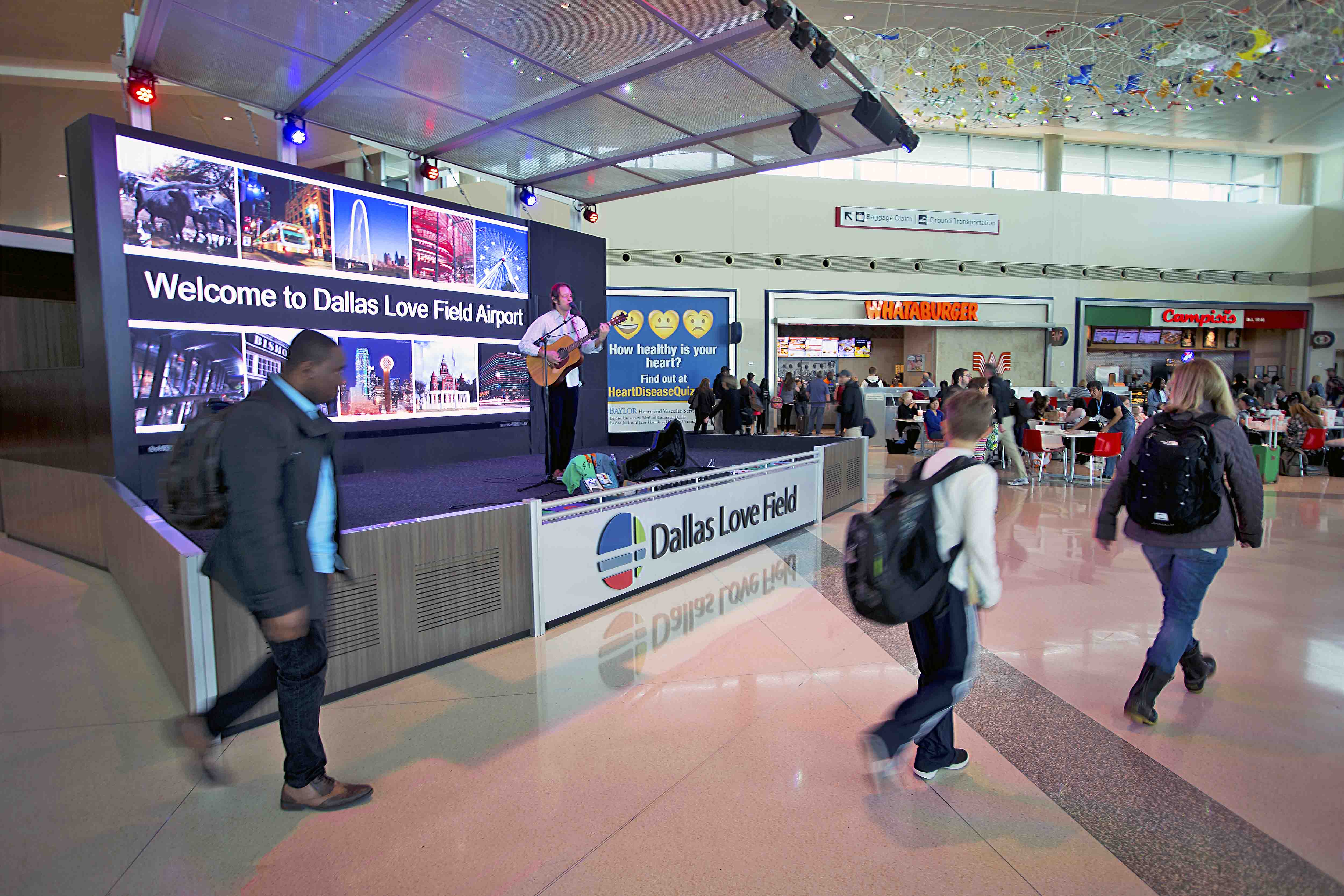 From a downtown skyscraper to a custom corporate campus, Dallas has a unmatched mix of potential locations for any size business. 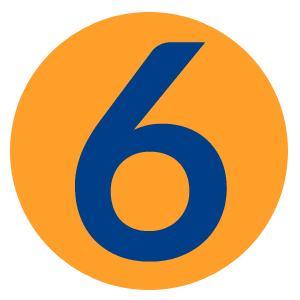 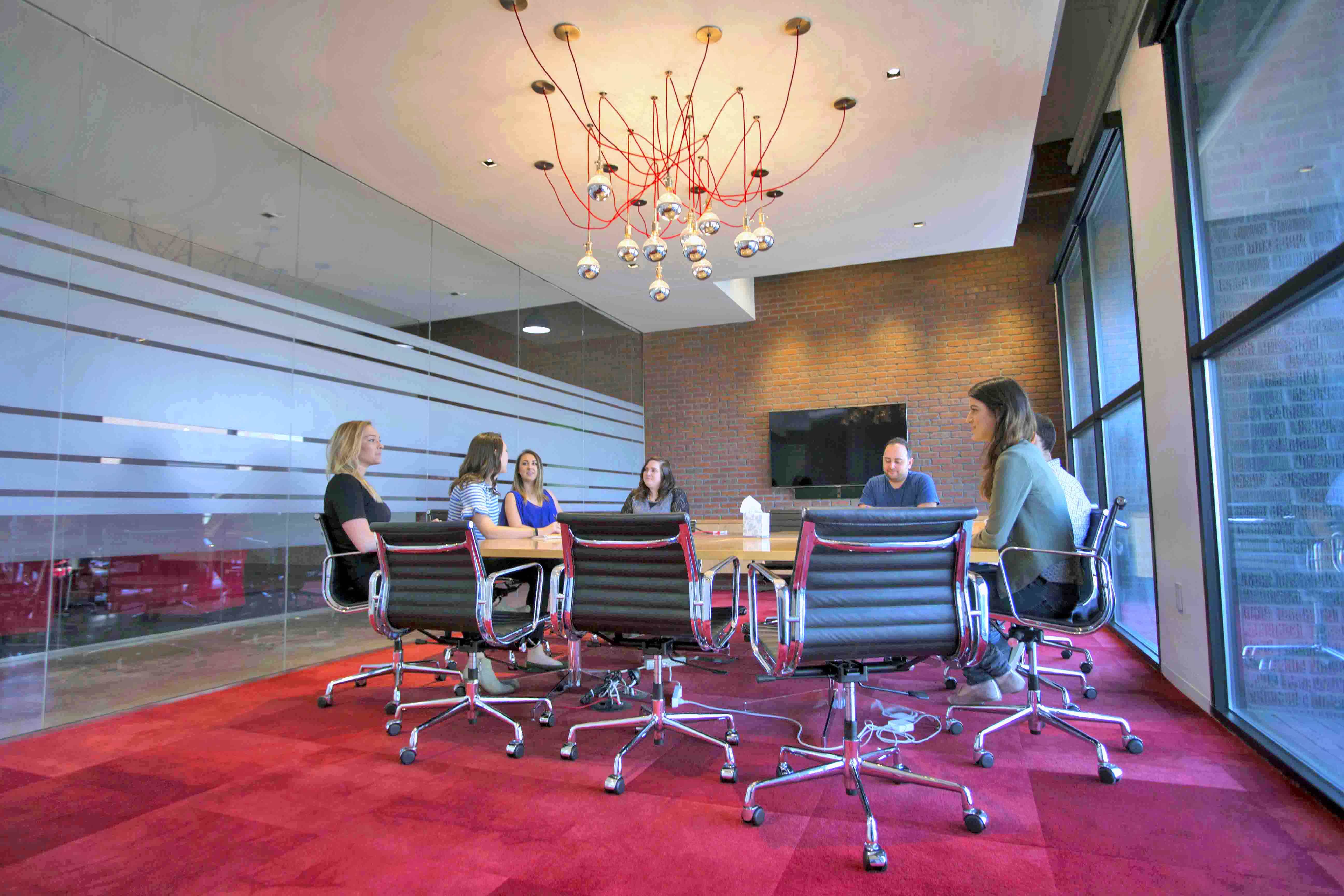 Dallas is a city of distinctive neighborhoods and business centers. Find your perfect fit:

One of the city's largest office centers outside of downtown, Preston Center is located between the Dallas North Tollway and Preston Rd., two of the region's most important north-south connections. Originally developed in the 1950s as a shopping center, the multi-block district has evolved with a growing number of office buildings.

I-635 (LBJ Freeway) is the outer loop of the City of Dallas. A range of office opportunities exists along the corridor, in low- and mid-rise locations. The future of the corridor will be found in the Valley View-Galleria district, anchored by the Galleria Dallas mall and the planned redevelopment of the former Valley View Center at Preston Rd. The district is zoned for high-density mixed-use development surrounding a signature park.
Mall Area Redevelopment TIF | Skillman Corridor TIF | Lake Highlands PID | Galleria Dallas
Valley View Center at Dallas Midtown | LBJ TEXpress

The city's newest business district, Cypress Waters is the development of 900 acres around North Lake off LBJ Freeway. Located near DFW Airport, Cypress Waters is already home to a number of new corporate headquarters as part of the large mixed-use town center development. At build out a large office sector will be joined with over 10,000 housing units, a new public school and recreational amenities.
Cypress Waters TIF | Cypress Waters

Pinnacle Park, a redeveloped stone quarry along I-30 west of downtown, and The Canyon in Oak Cliff, an adjacent master-planned neighborhood on rolling hills along Westmoreland Rd., are two emerging opportunities for new office development. The combined area includes a variety of retail and housing types, and good access from I-30.
Davis Garden TIF | Fort Worth Avenue TIF | The Canyon in Oak Cliff

One of the signature areas in southern Dallas and long a hub of commercial activity, the Red Bird area, anchored by Southwest Center Mall, is now part of a 90 acre phased redevelopment effort. New ownership will begin changes in 2018, and the opportunity for new office development will present itself as part of the mall's transformation into a mixed-use center. Red Bird is located at I-20 and US-67, with great bus connections.
Mall Area Redevelopment TIF | Southwest Center Mall | Red Bird Brochure (PDF)

Located across the Margaret Hunt Hill Bridge (by car) and Ronald Kirk Bridge (by foot) from downtown Dallas, Trinity Groves is an emerging mixed-use development in West Dallas. Grown from a restaurant cluster that opened in 2012, the first apartments were completed in early 2017. The development area includes plans for a multi-tenant office building overlooking the Triinty River corridor.
Sports Arena TIF | Trinity Groves