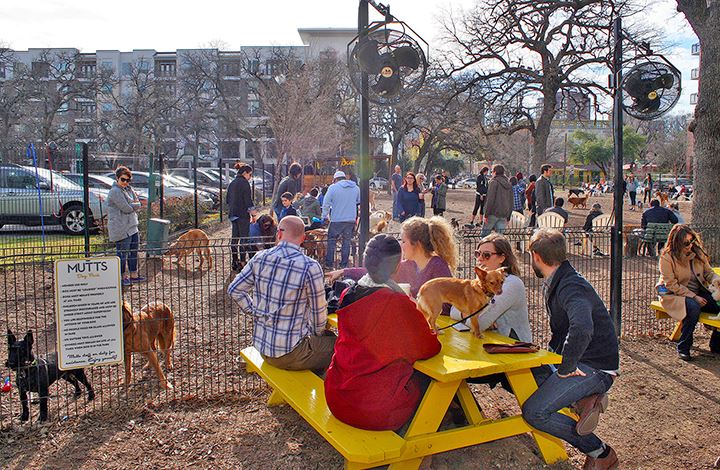 The Uptown Public Improvement District (UPID) was first created in 1993 and was renewed twice in 2000, 2005, 2012 and 2019. The Uptown area consists of approximately 2,181 properties, primarily a combination of business, office and residential uses. Uptown Dallas Inc. manages the PID. The general nature of the service and improvements provided by the PID are to enhance public safety and security, design and construct public infrastructure improvements, maintain common areas and lighting produce pedestrian amenities and linkages and provide other improvements that are approved by the Dallas City Council.

The current PID term runs until December 31, 2026 with annual budget and assessment rate subject to a public hearing and City Council approval.

To determine if an address is within the PID boundary enter the address in search box below. 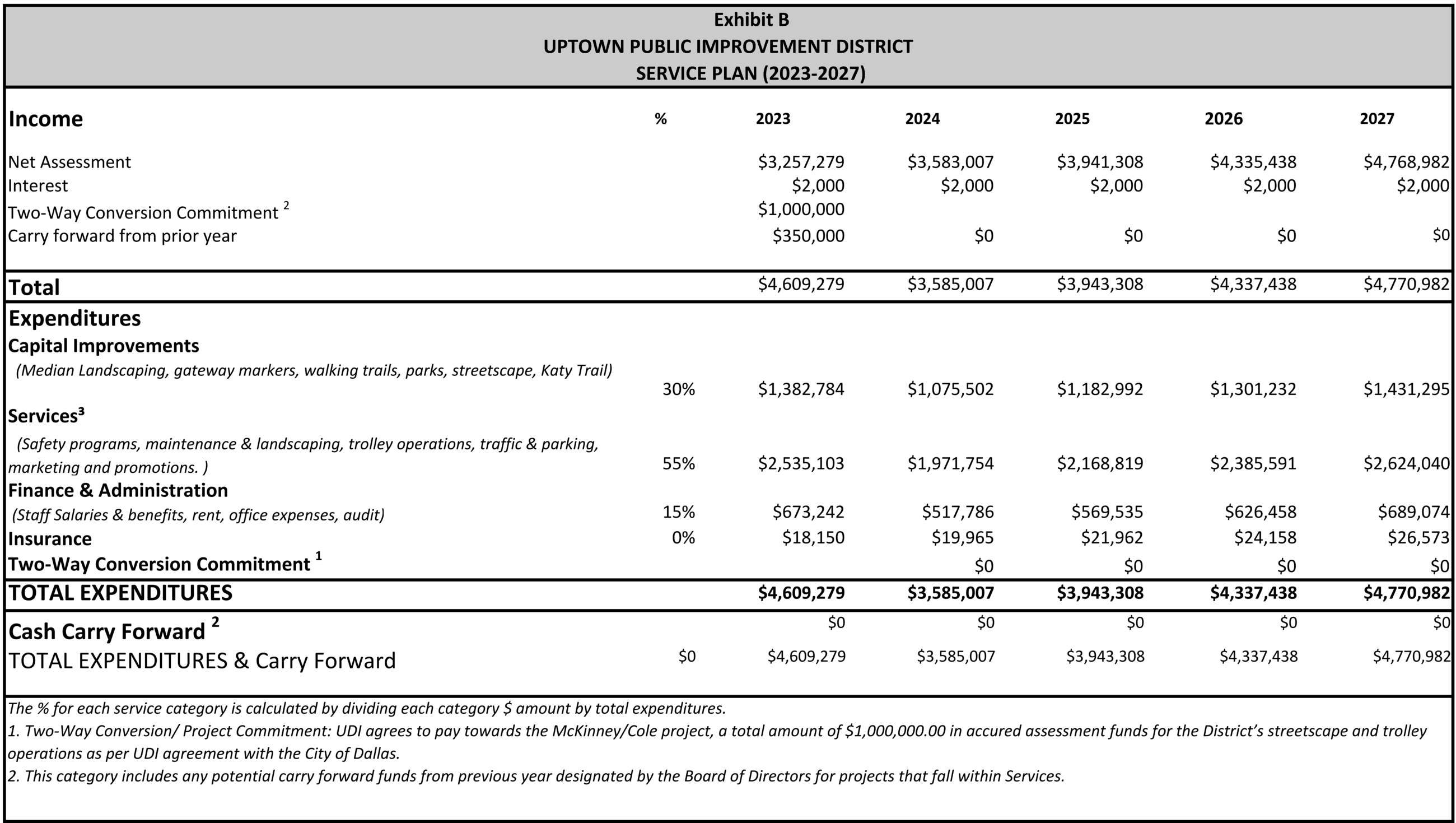 The District's proposed assessment rate for 2021 is $0.0450 per $100 of appraised value. Once levied, this assessment rate shall not increase during the 2022 Service Plan year.

The City of Dallas is not responsible for payment of assessments against City property in the District because City right-of-way, railroad right-of-way, City parks and cemeteries are not specially benefitted. Additional properties not liable for assessment include properties that have obtained an exemption from the City of Dallas real property taxes pursuant to the Texas Property Code (exempt under the provisions pf Section 11 .24 and 11 .28 of the Property Tax Code), and property owned by persons already receiving and qualifying for the 65-or-older homestead exemption (under Section 11.13(c) or (d) of the Texas Property Tax Code. Payment of assessments by other tax-exempt jurisdictions and entities must be established by contract.