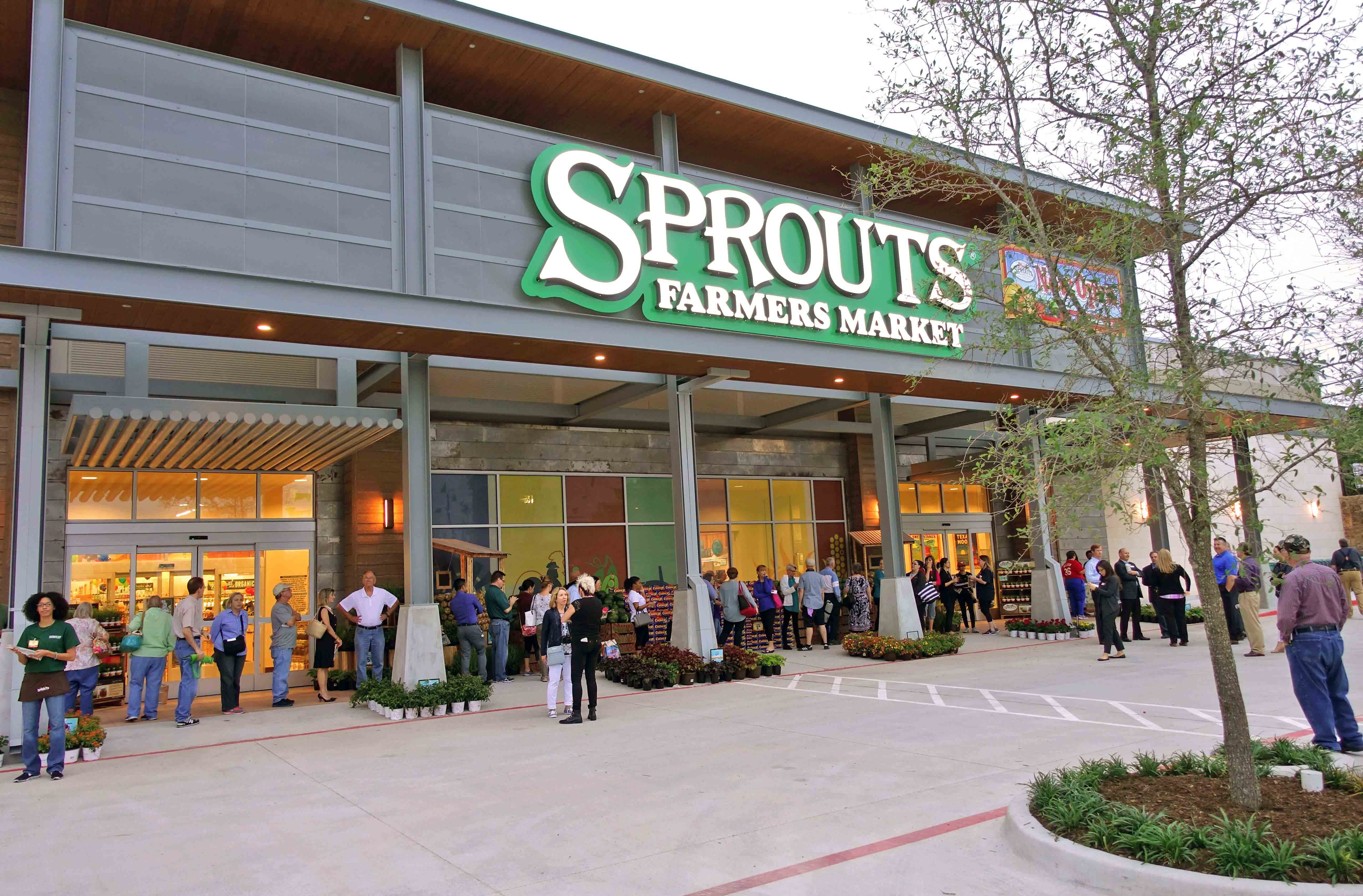 Lake Highlands’ newest grocery store, Sprouts Farmers Market, opened on May 3rd at the Shops at Lake Highlands Town Center (LHTC), with an estimated 200 people waiting eagerly in line at the early hour of 7 a.m. to receive discount coupons and other giveaways. A grocery store anchor for LHTC has been greatly anticipated for a decade; the opening marked a milestone in the 10-year public and private partnership to create the LHTC and the infrastructure supporting it. 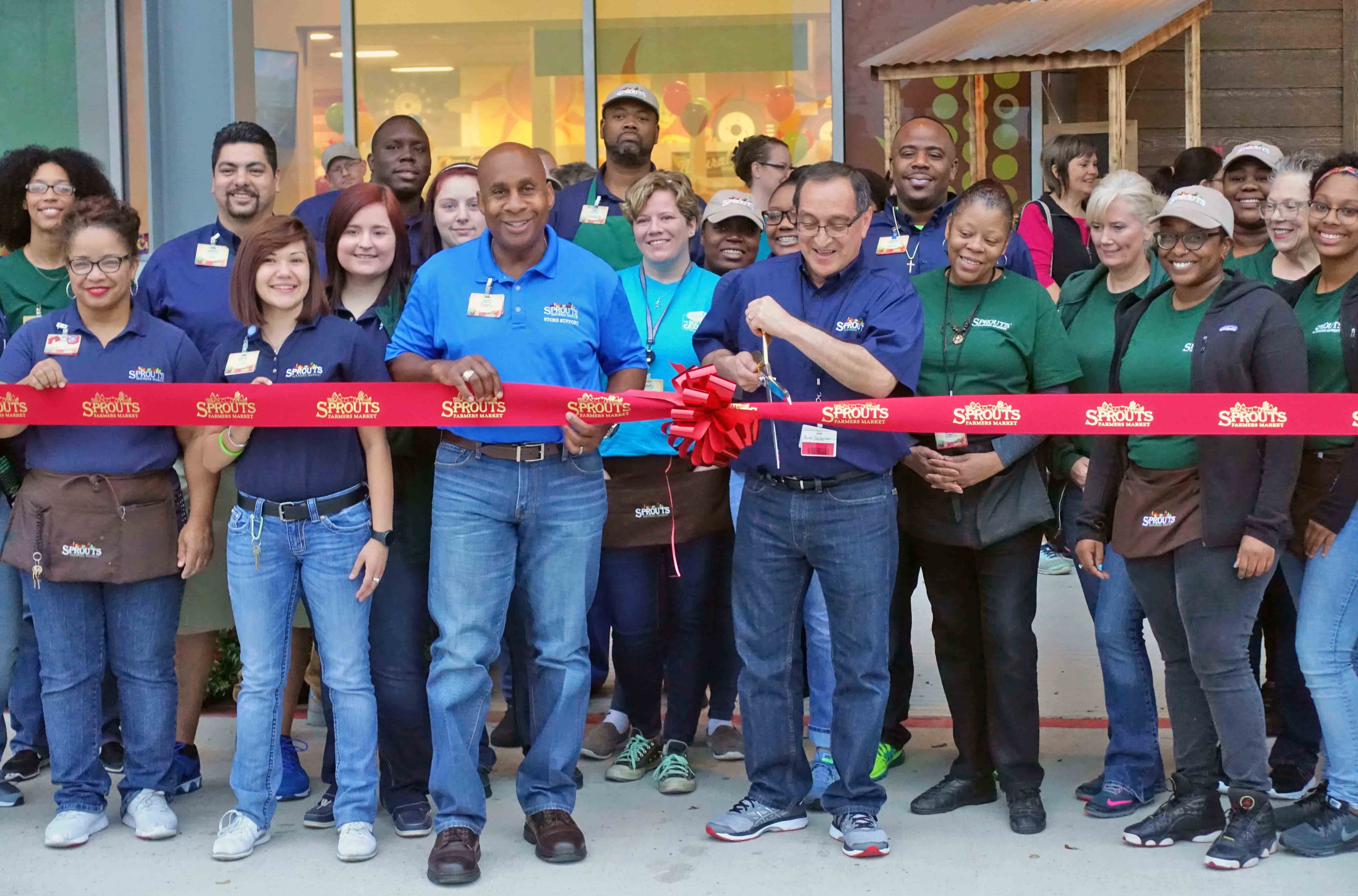 
The Lake Highlands area of Dallas, located in the northeast corner of the City, is a diverse mixture of single-family and multi-family neighborhoods, largely built in the late 1960s through the mid-1980s. Skillman Street is a major north-south thoroughfare connecting the Lakewood area to Lake Highlands and northward towards the suburbs of Garland and Richardson. The Lake Highlands Town Center site is located on the east side of Skillman Street on both sides of Walnut Hill Lane, along White Rock Creek and the Dallas Area Rapid Transit (DART) Blue Line light rail. It is located about two miles east of Texas Health Presbyterian Hospital and just south of Lake Highlands High School. Prior to 2007, the site was largely developed with garden-style apartments dating from the 1960s and 1970s.

In 2005, the Skillman Corridor Tax Increment Financing (TIF) District was created in large part to support the creation of the LHTC project, which was envisioned as a catalyst development in the heart of the corridor that would redevelop obsolete apartments into a mixed-use, transit-oriented environment. In 2007, the City entered a development agreement to provide future TIF funding up to $23 million to reimburse the LHTC developer, now controlled by Cypress Real Estate Advisors, for public infrastructure and other eligible costs. The agreement was later amended, and currently only $10 million in TIF funding is dedicated to initial costs. In addition, other public support for the project included: $4.6 million in 2006 City of Dallas Bond Program funding, $3.4 million from Dallas County, $5.2 million from the North Central Texas Council of Governments (NCTCOG) and a $10 million investment from DART for the construction of the Lake Highlands DART Station.


The project began with significant environmental and site work, public infrastructure, and the creation of 20 acres of park and a hike/bike trail that will connect to a future extension to the existing White Rock Trail to the south. Watercrest Park, along White Rock Creek, was conveyed to the City on March 31, 2011, though it is privately maintained. In 2014, The Haven apartments with 200 units and 7,500 square feet of ground floor retail space was the first completed vertical development at the LHTC. Other projects currently under construction include The Lookout Apartments at Lake Highlands Town Center with 257 units and The Enclave at Lake Highlands Town Center with 51 detached townhomes.

In addition to Sprouts, other retail tenants with signed leases coming soon to the Shops at Lake Highlands Town Center include Hollywood Feed, The Joint, Taco Diner, Jersey Mike’s, Yogurtland, and Ideal Dental. To date, the LHTC has generated an additional $25 million in taxable value with another $52 million in value under construction. Future development plans for other parts of the LHTC, particularly adjacent to the Lake Highlands DART Station, are still being explored.